Service with a smile


They say good service is a thing of the past in our modern times. In my experience this simply is not true.

The most complex is our MultiCam CNC router.
Back when we were looking to purchase our MultiCam(or some other brand of CNC router), my primary concern, right after buying a quality machine was about service and support. The price I paid was the third item of priority on my list. While I didn't want to pay too much or buy more machine than I needed I was more interested in quality and service than simply a bargain price. I looked at quite a number of machines before I made my decision. After I had done all my homework I ended up buying one of the most expensive options on the table - the MultiCam. It turned out to be a fabulous investment - even after all these years.
I am not a computer guy, nor do machines and I understand each other very well. When something goes awry with my machine (like it stops for some reason or makes an unusual noise) it's time for a call to the MultiCam tech. I did a lot of research back then, and everything I heard about the MultiCam guys was good. In the six plus years I've owned and operated our MultiCam routers I haven't been disappointed and the machines have long been out of warrantee.
I've kept our MultiCam very busy the last while, working it hard to create the fancy moldings for our new house, plus the customer projects on the go. Yesterday (Sunday) the machine stopped mysteriously mid-project. Being a high tech machine there was a message on the touch screen as to why. It was Greek to me, simply a bunch of numbers, letters and code. I snapped a picture on my handy camera and the restarted the machine. The job finished but the machine stopped again shortly after. This time I couldn't make it go again. I typed out a short message to my MultiCam dealer, including the picture of the message on my screen. Being Sunday, I didn't expect a reply until Monday morning at the earliest, but I figured letting them know of my troubles would get me in the cue sometime Monday. There were bound to be others who were ahead of me for I called late in the weekend - right after the holidays.
But imagine my surprise when I got not one but two email replies within the hour(on Sunday). One was from the Sean Lawlor, President of MultiCam Western Canada, letting me know he had contacted Jeremy (the tech) to help me out. The second reply was from Scott Osborne (who I found out later was actually in bed with the flu) He suggested a number of ways to solve the problems we were experiencing.
This morning I recieved a follow up email from Sean and shortly after lunch Jeremy was at my door ready to give my machine a tune-up. Jeremy is a delightful young man, capable of solving complex problems without getting flustered or breaking into a sweat. He cheerfully tested and adjusted things to the exact perameters they needed to be. I watched between my necessary tasks, helping as I was able... which wasn't much. Within a short time the machine was running like a Swiss clock once more.
Thankfully I don't need to call the MultiCam folks very often. But thankfully each time I do have to call they treat me with great respect, like a friend. As soon as they are able, they send out someone to give me a hand. Each time they make sure the machine runs perfectly before they leave. 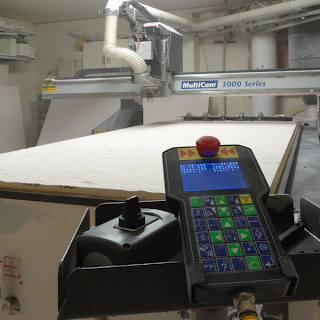 That is the kind of service that makes me smile!
-dan
Posted by Dan Sawatzky at 9:07 PM 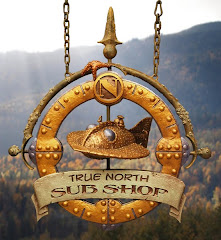 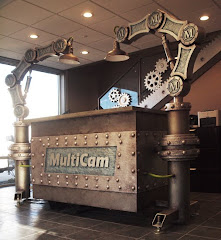 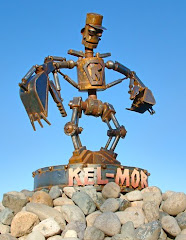 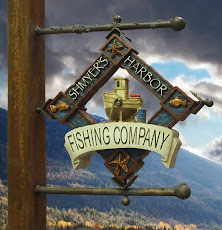 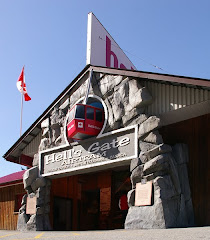 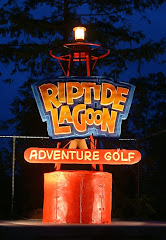